We're transforming the future of work. Our mission is 'A direct path to progress for everyone.' 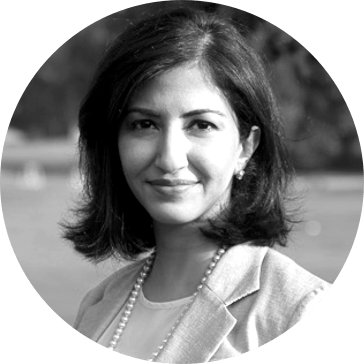 Bhakti is the Founder and CEO of BigSpring, a work readiness platform focused on moving people from test ready to job ready. The AI-powered platform enables companies to rapidly create and retool talent for business growth at pace with changing market needs. BigSpring measures outcomes (versus seats or hours), to establish investing in people as essential. Google, Uber, Facebook, AXA, Tata have adopted BigSpring across their ecosystem of teams, partners and customers. BigSpring has been selected by the World Economic Forum (WEF) as a Technology Pioneer 2020, joining a select group of companies that are poised to have a significant impact on business and society.

Bhakti also serves on the Board of Governors for JA Worldwide. Previously, Bhakti worked as an Engagement Manager with McKinsey & Company leading client engagements for the High Tech and Corporate Finance practices. She started her career in product development in Silicon Valley with Siebel Systems. Bhakti is a Computer Engineer with University Honors from Carnegie Mellon University, where she was among the first women from India to attend. She earned an MBA from The Wharton School, where she was a Joseph Wharton Fellow. 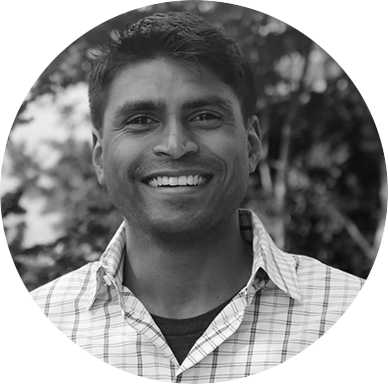 Arun is the Co-Founder and Chief Technology Officer at BigSpring. Previously, Arun was Director of Engineering at Uber and Site Lead for the NYC office. He helped build and scale Uber Eats which is now a large global business.

At Google, Arun was a tech lead on the Developer Platform team that enabled external developers to build compelling experiences. Prior to Google, Arun spent almost a decade at a Boston area company leading a team building a cross-platform mobile application development framework for large enterprises. Arun has a BS in Computer Science from Johns Hopkins University. 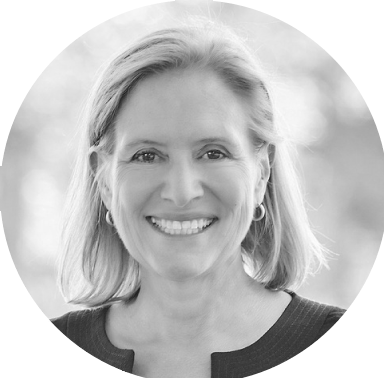 Alison Kreuch is the Partnerships Director at BigSpring. Previously, she was Head of Client Partnerships at Arianna Huffington’s Thrive Global where she developed relationships and grew revenue with leading blue chip enterprise customers across both their SaaS and media solutions.

Prior to Thrive, Alison spent over a decade at Hungry Girl building a multi-media platform that includes a social media network, a TV show on the Food Network, multiple New York Times Best Sellers, a magazine and more. Earlier roles include Nickelodeon, Disney and Ogilvy. Alison graduated from Smith College with a BA in Psychology and concentration in Art History. 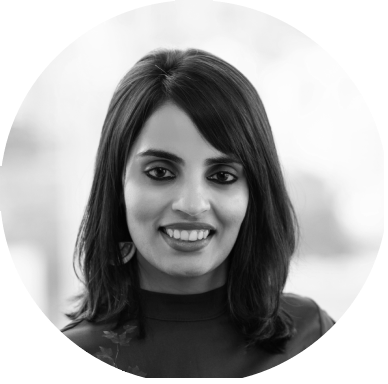 Chetna is Director of Customer Operations at BigSpring. Previously, she was the Head of Growth for Digitally Native and SaaS businesses in the ASEAN region at AWS where she worked on strategic initiatives to grow product footprint within existing customers as well as migrating Greenfield customers to the cloud.

Prior to that, she was the New Product Strategy Lead for the APAC Uber Eats business where she led the incubation, launch and scale of new business verticals for the region.Chetna has a Masters in Computer Science from Georgia Institute of Technology and an MBA from INSEAD. 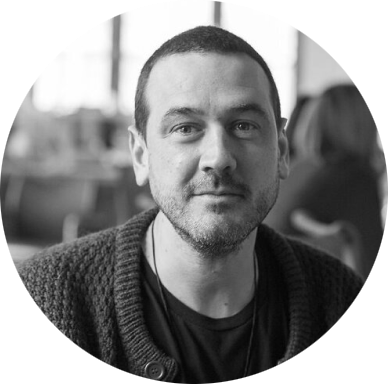 Mike is the Director of Marketing at BigSpring. Previously, he was Senior Creative Director at Quartz where he led their in-house integrated digital agency.

Prior to that he was Director of Digital Experience Strategy at the Economist, where he led the UX, strategy, build, development and design for integrated global marketing campaigns. Michael Dolan has studied English Literature at Rutgers University. 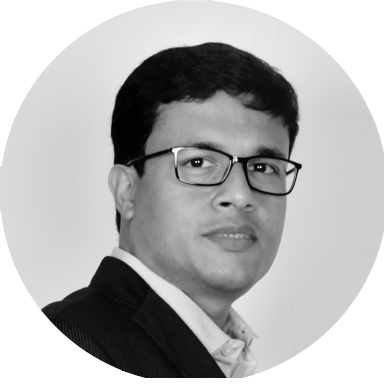 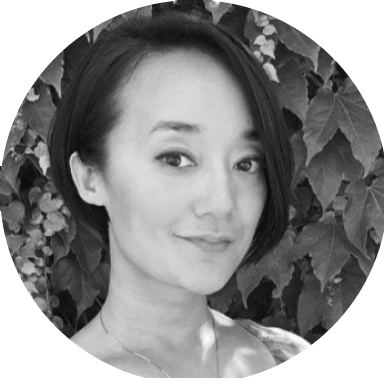 Yin is Director of Operations at BigSpring. Previously, she was a founding member and COO & Head of Customer Success at COMPAS Global, which built global expansion software for ambitious B2B startups, at least one of which has become a unicorn. She has spent over a decade in Silicon Valley holding various global growth positions in cleantech and SaaS, after starting her career with The Boston Consulting Group in Berlin, Germany and Beijing, China.

Yin is Founder and Board Member of the Qian Zheng Memorial Scholarship, which supports underprivileged female STEM students in China through funding, programming and mentorship. She attended the University of Pennsylvania and its Wharton School, where she obtained her MBA, BS in finance and BA in international studies in 5 years. 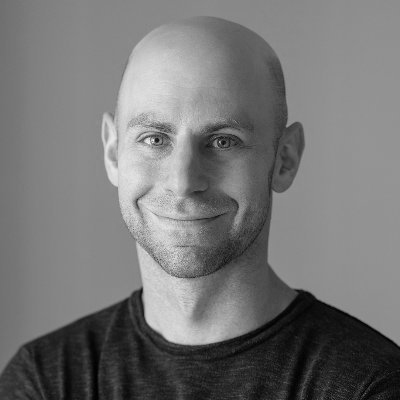 Adam Grant is an organizational psychologist and bestselling author who helps people find meaning and motivation at work.

Adam Grant has been Wharton’s top-rated professor for 7 straight years. As an organizational psychologist, he is a leading expert on how we can find motivation and meaning, and live more generous and creative lives. He has been recognized as one of the world’s 10 most influential management thinkers and Fortune’s 40 under 40.

​He is the #1 New York Times bestselling author of 5 books that have sold millions of copies and been translated into 35 languages: Think Again, Give and Take, Originals, Option B and Power Moves. His books have been named among the year’s best by Amazon, Apple, the Financial Times, and the Wall Street Journal. His New York Times article on languishing is one of the most-shared articles of 2021 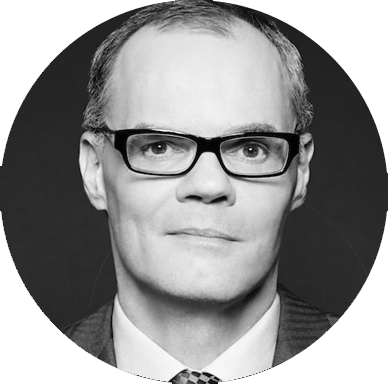 Frits Van Paasschen has been President and CEO of both Starwood Hotels & Resorts worldwide and the Coors Brewing Company.

He held numerous executive roles at Nike, ultimately becoming President of Europe, Middle East, and Africa. Before that, van Paasschen was a Vice President, Finance at The Walt Disney Company, having begun his career in consulting at The Boston Consulting Group and McKinsey & Company. He serves on the boards of Royal DSM and William Sonoma and previously was a director on the boards of Oakley, Jones Apparel, and Barclays.

Van Paasschen is an investor and board member of three hyper-growth unicorns, Sonder, citizenM Hotels, and Convene (Chair). He is a frequent keynote speaker and Amazon best-selling author of The Disruptors' Feast. 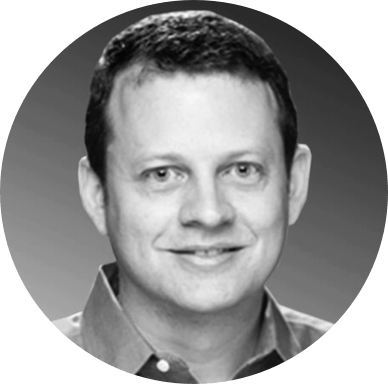 Greg Badros earned his B.S. from Duke University and his Ph.D. in Computer Science and Engineering from the University of Washington.

He has over 20 research and trade publications including the Cassowary Constraint Solver which is now integrated into Apple's iOS and OS X. Greg worked as a Sr. Engineering Director at Google leading AdSense and then Gmail+ and Google Apps, then was a VP of Engineering & Products at Facebook leading both Ads and various consumer teams. 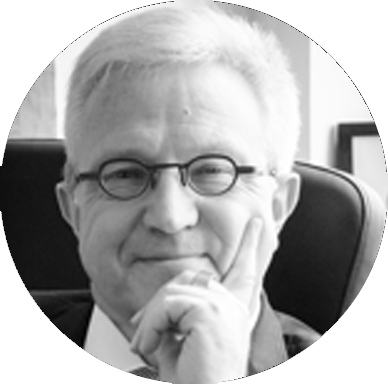 Hugo Bague is a seasoned global executive with experience in metals and mining, technology, advanced manufacturing and pharmaceuticals.

From 2007-2017, he was the Group Executive Organisational Resources for Rio Tinto plc, a leading international metals and mining group. Bague was previously Vice President of Human Resources for the Technology Solution Group of Hewlett Packard Corporation. He also worked for Compaq Computer, Nortel Networks, and Abbott Laboratories.

Bague is an external advisor to McKinsey & Company, and also a Non-Executive Director with Jones Lang Lasalle, where he chairs the Compensation Committee. 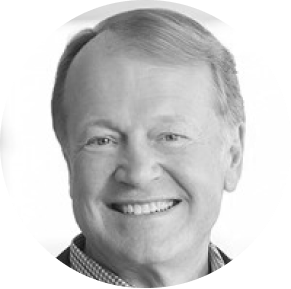 John Chambers is the founder and CEO of JC2 Ventures. In his role, Chambers focuses on helping disruptive startups from around the world build and scale, while also promoting the broader development of startup nations and a startup world.

Prior to founding JC2 Ventures in January 2018, Chambers served as CEO, Chairman and Executive Chairman at Cisco Systems. During his 25+ years at Cisco, he helped grow the company from $70 million when he joined in 1991, to $1.2 billion when he became CEO in 1995, to $47 billion when he stepped down as CEO in 2015. As Executive Chairman, a position Chambers held until December 2017, he led the Board of Directors and provided counsel to the CEO and leadership team on strategy, digital transformation and strategic partnerships. John also spearheaded the creation and development of Cisco’s country digitization program, where he partnered with government leaders across the world to harness the power of technology to create economic opportunities. 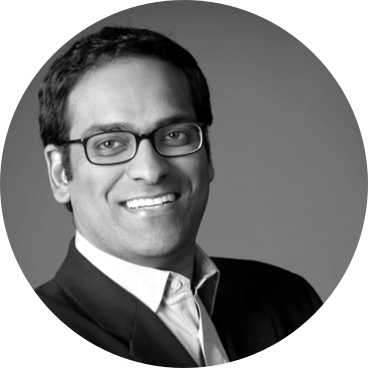 Shailesh is a Partner at TPG, responsible for its Growth and Social Impact portfolio across sectors in India and Southeast Asia.

Previously, Shailesh was the Vice President for International Operations at Twitter, launching the service in over 50 countries and MD of Google India, when he was recognized among the 100 most impactful leaders in India by Businessweek. He has served on the board of JLL, a Fortune 500 real estate services company.

Shailesh holds an MBA from the Kellogg School of Management and dual degrees from the University of Pennsylvania – B.S. in Economics from the Wharton School of Business and a B.A. with Honors. 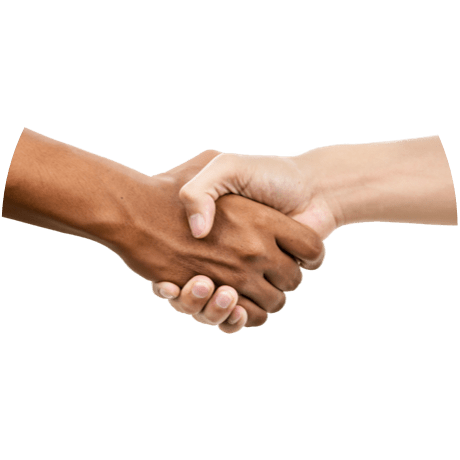 We empathize with people to solve real-world problems and deliver relevant, practical solutions for everyone
02 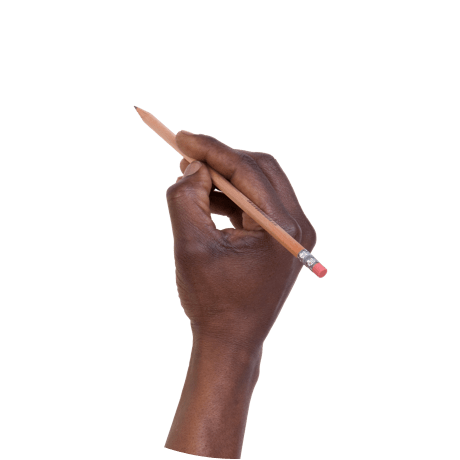 We believe everything is measurable. Sound decisions are anchored first on the right data and then coupled with instinct.
03 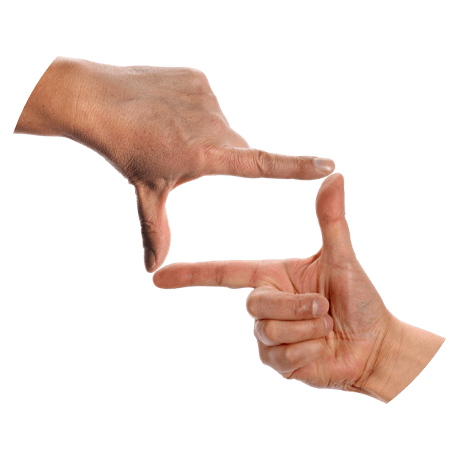 Seek clarity in the face of complexity

Structured yet agile, we own it until it’s shipped. We define goals and then focus on what we got done and not on what we did.
04 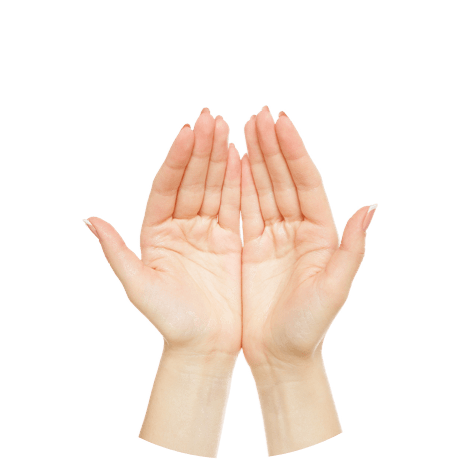 With continuous learning at our core, we keep asking why to define problems and why not to explore possibilities. Curiosity is our fuel to grow and be inclusive.
05 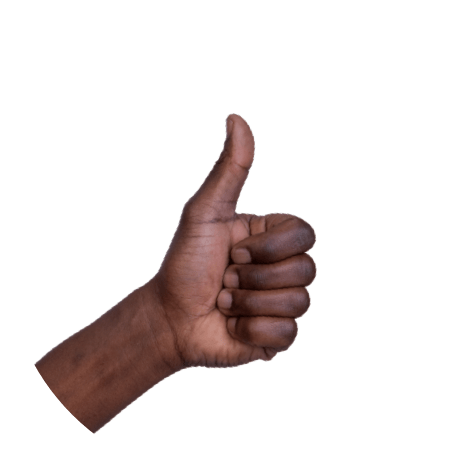 Step in and engage

We seek to actively learn and support by keeping communication channels open at all times, at all levels. This means we ask hard questions, are responsive to feedback and relish the diversity that each person brings.
06 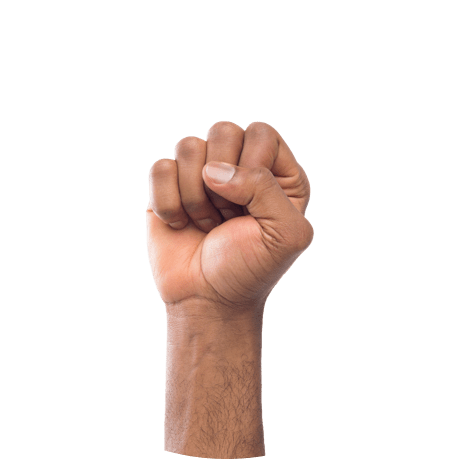 Be bold
(and responsible)

We’re unafraid to think big and challenge the status quo. This means making new mistakes and not repeating them.
Our values

We empathize with people to solve real-world problems and deliver relevant, practical solutions for everyone
02

We believe everything is measurable. Sound decisions are anchored first on the right data and then coupled with instinct.
03

Seek clarity in the face of complexity

Structured yet agile, we own it until it’s shipped. We define goals and then focus on what we got done and not on what we did.
04

With continuous learning at our core, we keep asking why to define problems and why not to explore possibilities. Curiosity is our fuel to grow and be inclusive.
05

Step in and engage

We seek to actively learn and support by keeping communication channels open at all times, at all levels. This means we ask hard questions, are responsive to feedback and relish the diversity that each person brings.
06

Be bold
(and responsible)

We’re unafraid to think big and challenge the status quo. This means making new mistakes and not repeating them.
READY TO GET WORK READY?

Get started
in 7 days

Now you can rapidly create and retool talent for business growth across your teams, vendors, resellers and users. 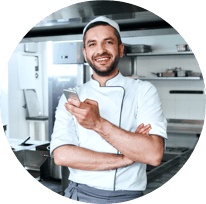 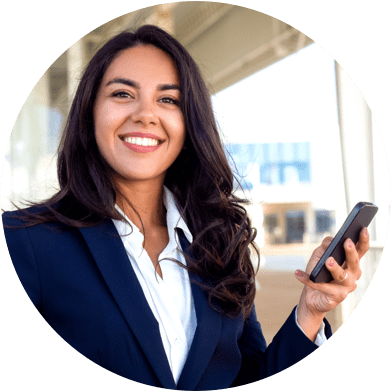 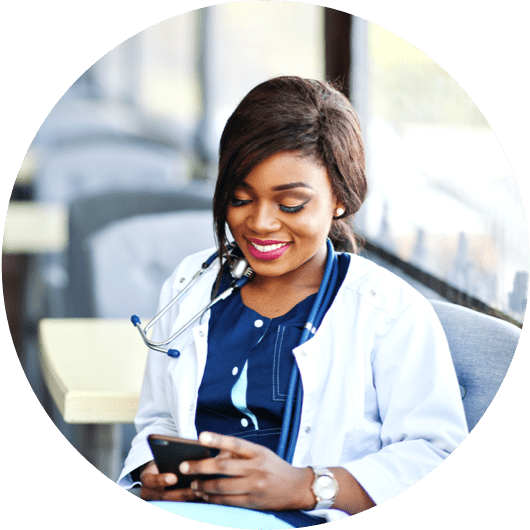 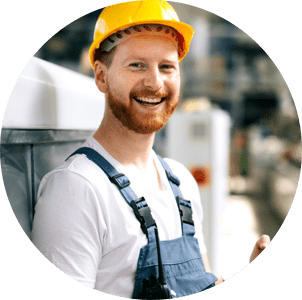